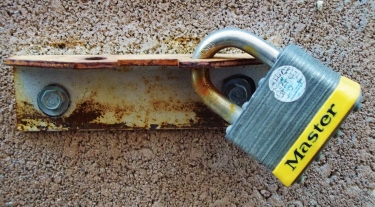 It’s a bumpy road to Heaven.

I’ve had a bloody good time writing limericks since publishing Limerick #1 on November 27, 2013. So, in honor of this first anniversary, here is Limerick #136:

How to cure erythrophobia and hematophobia with one swift intervention (a variation on: How to kill two birds with one stone). A double limerick…

The bullet went straight through Brown’s head.
And that meant, of course, that it bled.
Brown typically feared bloody red,
And this would have filled him with dread
Except for the fact
That when his skull cracked
He suddenly lacked
A way to react,
’Cause most of his brain mass had fled…
It’s hard to fear red when you’re dead!

There once was a farmer named Dickens
Who fell on hard times. “It just sickens
Cecilia and me.
We finally see
That we should have never raised chickens!”

“That fox,” replied Chucky, his neighbor,
“Has eaten the fruit of your labor.
But if you had found
A fox chasing hound
To, shall we say, rattle your sabre…”

Said Chucky, “My seventy pounder
That goes by the apt name of Bounder
Was locally bred.
I’d go there instead.
My vet is the kennels’ co-founder.”

Koch Kennels had no hounds to sell, though.
“They’ve all been snatched up for a dog show.”
The manager, Huff,
Seemed sorry enough.
The last thing he said was, “Good luck, bro.”

But Chucky said, “Huff is a dirt ball.
He’ll blow a good job in the long haul.
He sets dogs aside.
And I don’t abide
Dishonesty! Time for a phone call.

“My vet may have just the right answer.
Around canine issues, no dancer,
He’ll talk to us straight.
His word carries weight.”
Said Dickens, “Let’s give him a chance, sir!”

At home, Sissy cried, “We got lucky!
You just missed a phone call from Chucky.
He talked to his vet,
And said there’s hope yet.
‘Your chicks will be all clucky-clucky!’

“The St. Grindel Grad School for Hound Dogs,
According to Swiss breeder weblogs,
Is still running ads
To sell their top grads.
’Cause water can’t drain when a sink clogs.

“The school only sells to Swiss breeders.
And they say, ‘No more! But our readers
May know someone who
Could pull off a coup
By speaking to St. Grindel’s leaders.’

“So, Bitzer’s our ace in the hole, dear!
For dog sales, it’s been a real bad year.
So Bitzer will say,
‘Just send dogs away
To breeders abroad. It’s no good here!’

“Aunt Anna will contact her friend now.
And she will arrange for a powwow.
(An internet chat
Will take care of that!)
If this doesn’t work, I’ll eat dog chow!”

So Dickens called up Dr. Sleary
And said, “I’m a little bit leery
To shell out the green
And buy sight unseen
A dog–but it sounds good in theory.”

Said Sleary, “Reluctance, we’re used to!
So I’ll ask Koch Kennels to buy you
A ‘top of class’ hound.
The school is renowned
For teaching their hound dogs to fox chew.”

The powwow took place, and the vet said
His talk with the breeder had soon led
To Bitzer’s consent.
He’d try to cement
A deal for the school’s finest purebred.

The vet said a foxhound was needed.
The breeder was prompt; he proceeded
To speak with Juppé,
Who had final say
On marketing dogs. He conceded.

Juppé had a dog that was pricey.
But said all the others were dicey.
“We can’t guarantee
The others will be,
When it comes to chicks, nicey-nicey!”

The foxhound arrived the week after,
And Huff said no dog could be dafter.
“This dog went to school?
If so, I’m a fool!”
And that made him break out in laughter.

When Dickens arrived, Huff said, “Hey, there!
We gave this here dog our best dog care.
If you’ll sign a check,
He’s yours. What the heck!
This dog will be Reynard’s worst nightmare!”

The dog wasn’t worth a plug nickel.
And that put the farm in a pickle.
The chickens all died.
And though Dickens tried,
His income slowed down to a trickle.

Though Dickens was sure not a quitter,
He couldn’t outfox that sly critter
That mocked his Swiss hound
And still came around
To taunt him–and make him more bitter.

The dog was a poor lonely creature.
The name Sissy gave him was Beecher.
“Your brain’s thick as wood!
That fox understood!
You learned not a whit from your teacher!”

Hard times prove that Life can be so grim
That Hope hangs its light on a weak limb.
The chicken farm sold,
And Beecher grew old.
The day Dickens died, Sissy shot him!

The doctor gave Pugsy a talk.
He said, “Listen here, sofa jock!
You need to go out for a walk.
And stop eating food round the clock.
Eat less–that’s the key!
Your parents agree
That Diet Plan C
(The ‘One-a-Day Pea’)
When coupled with laps round the block–”
Cried Pugsy, “You’re killing me, doc!”

When cartoons interact. A double limerick…

I don’t envy him in the least.
The prince that had once been a beast
Chose God over Belle, and released
His bookish fiancée.  As priest,
One late afternoon
He watched a cartoon,
The Rabid Baboon,
And when the full moon
At midnight arose in the east,
Babs bit him–and now he’s deceased!

Once There Was a Hushpuppy

Rarely, there is a movie whose end credits are worth watching solely for the music. Chicago (2002) is one of those films, with the song, “I Move On” (John Kander/Fred Ebb), which was nominated for an Academy Award. But I belatedly caught up with the film, Beasts of the Southern Wild (2012), and discovered a musical piece, “Once There Was a Hushpuppy” (Dan Romer & Benh Zeitlin), that had me watching the closing credits for a second time before I checked YouTube and found it there as well: https://www.youtube.com/watch?v=CFFiaTOAWIc. If you have six and one-half minutes at your disposal, I urge you to check it out. It’s magnificent!

They say the moon’s made of cream cheese
And Kip, a space cowboy, agrees
“If you saddle light,
A filly cheese flight
Will prove that it’s cheese a chap sees.”

And the dead shall rise from their graves…

Notes From The Cactus Patch

Tall Tales and Ripping Yarns from The Great State Of Texas

My slice-of-life as child and as parent. Of reading, writing, gardening, and giving back to nature.

An Eworld of Urban Spaces

What's on my mind

My experiences and opinions with a pinch of creativity!

Philosophy is all about being curious, asking basic questions. And it can be fun!

A Blog about Music and Popular Culture

When I was young my dad would always say, "Crystal, you can choose your attitude." One day I chose to believe him.

A Celebration of Thrillers, Noire and Black Comedy by Pamela Lowe Saldana

musings on writing, self publishing and life

Not just another WordPress.com site, but an extraordinary place to spend a weekend, grill a cheese sandwich and watch a film to improve your life and stimulate a few of the grey cells.

The song of a heart can never be caged...

☆📚~A Magickal Book-Blog Featuring A Free-Spirited & Custom Made Bibliophile ~🔮